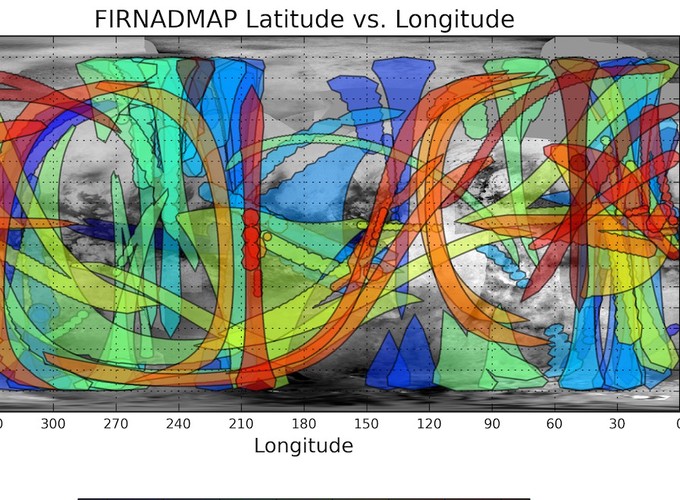 In 2013 I was an intern at NASA Goddard Space Flight Center (GSFC) working with Dr. Conor Nixon on the Composite Infrared Spectrometer (CIRS) instrument science team. During my internship I used Python to produce plots of the spatial and latitudinal coverage of science observations of the moon Titan from the instrument for a number of observation modes. Maps and plots I produced were used to prioritize missing observations of Titan to be made by the instrument prior to the end of the Cassini mission in 2017. Recently, a paper including me as a co-author was published in the ApJS journal (pdf linked above). The internship application was highly competitive.