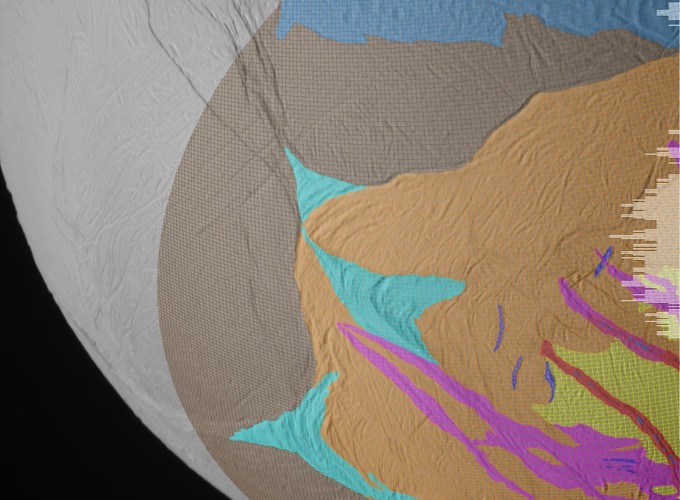 As an undergraduate student at The University of Virginia I worked with Dr. Anne Verbiscer to process and calibrate images of Enceladus from the ISS NAC/WAC cameras on the Cassini Huygens spacecraft. In addition to calibrating the data, I needed to subset the pixels from the images by the geologic unit the pixel belonged to. The goal of the project was to ultimately solve the inverse problem of Hapke photometric parameters corresponding to the units to better understand the ices and the surface properties of Enceladus. An additional requirement was that the image could not be interpolated in any way, so instead of map-projecting the images to a common basemap, I implemented the ISS camera model in python to project the geologic map into the camera image plane. This project resulted in a number of abstract publications and will hopeful lead to something peer reviewed someday.