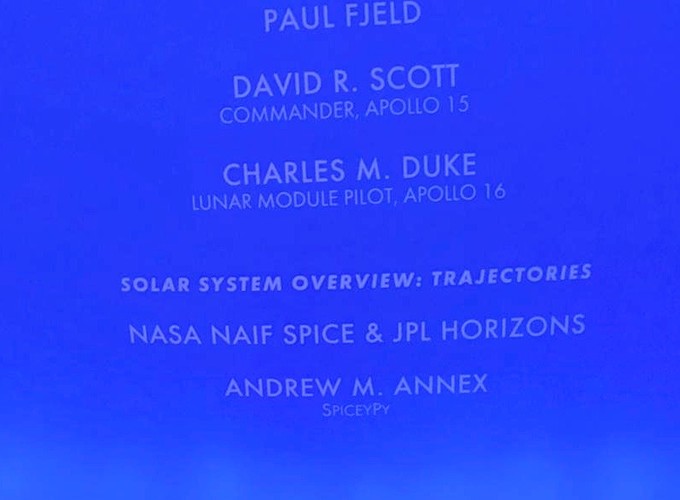 SpiceyPy is an open source Python wrapper for the SPICE Toolkit that I started developing in 2014. SpiceyPy is now used extensively by scientists, engineers, and hobbyists for their work. SpiceyPy is being used now to plan trajectories for active Spacecraft, for scientific research, and to produce planetarium shows (see below). Over the years, I have presented multiple talks about SpiceyPy, primarily at the biennial Planetary Data Workshop, so many of the technical details can be found in those works. More recently, SpiceyPy was peer-reviewed and published in the Journal of Open Source Software (JOSS). More about SpiceyPy, including links to the github repository can be found above.

I was also in the credits for the recent American Natural History Museum planetarium show “Worlds Beyond Earth” for writing SpiceyPy, which was used to help generate the visualizations of trajectories of planets and spacecraft.